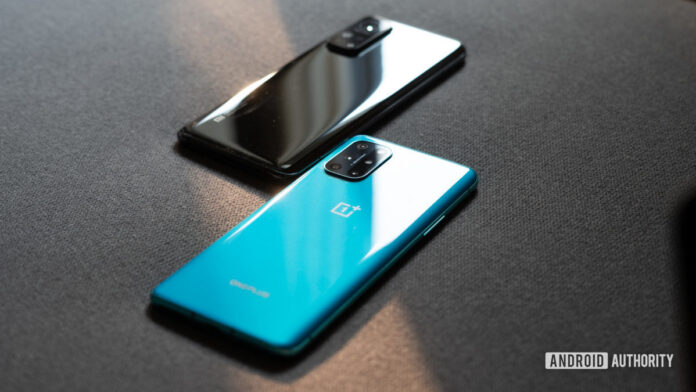 The OnePlus 8T is OnePlus’ flagship killer smartphone for 2020. The phone takes bits like a 120Hz display from the higher-end OnePlus 8 Pro and bumps up the charging speeds to a blazing 65W for a relatively affordable price tag. However, the OnePlus 8T isn’t the only player in the field.

The Xiaomi Mi 10T Pro brings the best features of the Mi 10 Pro and lowers the price barrier to entry. Additionally, the phone promises flagship-grade imaging with a 108MP primary camera. Yet, does the phone make too many compromises to undercut the OnePlus 8T?

We’ve already reviewed the OnePlus 8T and the Mi 10T Pro (check the full reviews out below), but having used the two phones over the last few weeks, I have some definite thoughts on both of them. Here’s a look at the OnePlus 8T vs Xiaomi Mi 10T Pro and which one you should buy.

The OnePlus 8T and Mi 10T Pro are both a significant departure from their predecessors. Both phones appear to have taken inspiration from Samsung for their camera modules that are now placed along the top-left corner. Other similarities include the aluminum frame and glass build.

However, the two devices take a diametrically opposite approach to the finish over at the rear. Over in the OnePlus camp, the finish handles smudges a lot better, even if I can’t say that I’m a big fan of the new aquamarine colorway. That said, the phone can be had in a silver finish that looks significantly better. Meanwhile, I found it nearly impossible to keep the Mi 10T Pro clean during my time with the phone. The hyper glossy build makes it a smudge and fingerprint magnet.

The Mi 10T Pro is a very large phone, and the hyper glossy finish makes it hard to keep clean.

My biggest gripe with the construction of the Mi 10T Pro is the sheer size of the phone. Between the larger dimensions and the 218g weight, the Mi 10T Pro is a device that definitely weighs down in your pocket. I didn’t find it all that comfortable over long term use. Not so for the OnePlus 8T.

Swing the phones over to the side and you’ll notice other differences too. To start with, the OnePlus 8T includes the company’s traditional alert slider that lets you change phone profiles with ease. I’ve always found this to be an incredibly useful addition, and that continues to be the case here. This is, obviously, missing from the Mi 10T Pro.

Over at the front, both phones pack large displays, but there are differences to be found. The most obvious is the size. The OnePlus 8T has a 6.55-inch AMOLED display compared to the 6.67-inch display on the Xiaomi.

The deeper blacks on the OnePlus 8T make for better multimedia consumption, but the Mi 10T Pro’s display isn’t far behind.

The Mi 10T Pro’s display is, technically, faster, but the improvements from 120Hz to 144Hz were lost on me. The phone includes 5 different frame rate profiles to ensure that it can optimize for battery life.

However, placed next to the AMOLED screen on the OnePlus, the lack of the deep blacks afforded by an AMOLED panel puts things in perspective. Personally, I’d have preferred it if Xiaomi retained the 90Hz AMOLED panel from the Mi 10 Pro. However, your mileage may vary.

Finally, neither phone has an IP68 rating.

For affordable flagships, the key focus area is usually performance. That continues to be the case here. To start with, both phones are powered by a Snapdragon 865 chipset. What’s interesting is that neither device has opted for the latest and greatest Snapdragon 865 Plus variant — likely for cost savings.

The OnePlus 8T offers a slew of RAM and storage options going from 8GB and 128GB, all the way to 12GB and 256GB. The Mi 10T Pro, on the other hand, restricts itself to just 8GB of RAM and offers up 128GB and 256GB options. Regardless, performance is polished to a sheen on both phones and neither disappoints.

You will, however, have to make a choice between battery life and charging speeds. The OnePlus 8T packs a 4,500mAh cell that lasts a full day.

In my usage, the Mi 10T Pro had the OnePlus 8T beat. It not only has a larger 5,000mAh battery, but also impressive software optimization that resulted in minimal standby drain.

The OnePlus 8T has a trump card up its sleeve with fast 65W charging. Conversely, the Mi 10T Pro makes do with just 33W charging. Real-world differences in charging speeds aren’t quite as dramatic as the numbers might show. While the OnePlus 8T topped off from scratch in 39 minutes, the Mi 10T Pro was just 10 minutes behind at 50 minutes — with a larger battery.

Unfortunately, the OnePlus 8T did not crib wireless charging from the Pro variant. It was also a bit unfortunate to see the Mi 10T Pro drop wireless charging support since its predecessor, the Mi 10, included it. I suppose that makes sense given the lower price point.

The chief differentiator between the two phones is the cameras. The OnePlus 8T opts for a 48MP primary shooter and pairs it up with a 16MP ultra-wide camera. Joining in is a 5MP macro shooter and a 2MP depth sensor.

Meanwhile, the Mi 10T Pro has significantly pared down the cameras compared to the Mi 10 Pro. While the primary camera remains the same excellent 108MP shooter, the telephoto lens is gone. Instead, the phone gets a 5MP macro camera alongside a 13MP ultrawide sensor.

See also: The best Android camera phones you can buy

OnePlus has improved its camera processing to a great degree, but it still isn’t perfect. Looking at the shot above, the Mi 10T Pro does a much better job of getting the correct white balance and exposure levels.

Shots in well-lit conditions don’t suffer from too much noise reduction on either phone. However, pixel-peeping still shows signs of smearing on the OnePlus which isn’t the case with the Mi 10T Pro.

Switching over to the ultra-wide camera, the OnePlus 8T opts for a brighter exposure that has blown out the highlights in the clouds.

The Mi 10T Pro, on the other hand, has a much more balanced color profile. It retains details in the shadow region unlike the OnePlus. The photo might appear a bit muted, but the colors are a lot more true-to-life than in the image captured by the OnePlus 8T.

Neither phone has a dedicated telephoto lens. They both make use of digital cropping and software smarts to simulate zoom. The results speak for themselves. The higher resolution camera on the Mi 10T Pro produces a vastly superior image compared to the shot from the OnePlus 8T.

Both the OnePlus 8T and the Mi 10T Pro sport 5MP macro cameras. However, the macro shooter on the Mi 10T Pro includes auto-focus that goes a long way towards getting the shot right.

While the image shot on the OnePlus is a blurry mess despite repeated attempts at getting the flower in focus, the Mi 10T Pro nailed it in one go. The image isn’t quite perfect with its oversaturated colors, but I’ll take an in-focus image over a soft one.

Finally, coming to low light imaging, the Mi 10T Pro leads once again. The OnePlus tends to opt for a longer exposure time for a brighter image. Unfortunately, even the slightest camera shake tends to induce blur. The Mi 10T Pro’s image was lighter on noise, had more accurate colors, and was sharper as well.

A major win for the OnePlus 8T is the fact that it ships with Android 11 out of the box. Meanwhile, the Mi 10T Pro is still rolling with Android 10.

Oxygen OS 11 isn’t quite the near-stock experience it used to be, but it still presents itself as a lighter take than MIUI. It finally got useful additions like an always-on display.

Ultimately, the software comes down to a personal choice. MIUI gives you a more visually engaging experience through over the top animations. Oxygen OS, on the other hand, remains as fast as ever and is designed to get work done and reduce the interaction time.

For me, Oxygen OS wins this round. I prefer to dive into my phone, finish the task at hand, and minimize screen time, and the OnePlus 8T facilitates just that.

Prices for the two phones vary drastically depending on the variant you are opting for. The OnePlus 8T in its 8GB RAM configuration is the most affordable of the bunch.

Switching over to the Mi 10T Pro, you make a trade-off with the LCD display that might not be to everyone’s liking. You do, however, get a much better primary camera.

Finally, there’s the top-end OnePlus 8T variant with 12GB of RAM and 256GB of storage. Unless you know that you will be keeping a lot of offline media, or shooting a whole lot of videos, the version doesn’t make a lot of sense for most buyers.

Unfortunately, in North America, this is the only variant available for purchase. Alternatives like the Samsung Galaxy S20 FE might just make more sense.

The latest flagship from OnePlus features some relatively subtle upgrades over the OnePlus 8. However, it does feature a huge new feature: Warp Charge 65, which will allow the 8T to charge faster than any other OnePlus phone.

OnePlus 8T vs Xiaomi Mi 10T Pro: Which should you buy?

It’s a tough call between the two phones. Neither is an absolute winner over the other. While the much cleaner Oxygen OS used to be a deciding factor, the recent change in software direction means that not entirely the case anymore. Moreover, like it or not, MIUI 12 is a highly polished take on Android that adds some useful features to the mix.

While the performance is similar across the board, your key deciding factor will be between your preferred use case. If you consume a lot of multimedia content, the AMOLED display on the OnePlus definitely gives it a leg up.

The Mi 10T Pro presents itself as the more value-for-money option, especially in India.

However, the vastly superior primary camera on the Mi 10T Pro makes it a better overall option. Additionally, the difference between 33W and 65W charging isn’t quite as drastic as the numbers suggest.

Finally, it certainly helps that the Mi 10T Pro is more affordable in markets like India. Overall, it’s close, but the Mi 10T Pro presents itself as the more value-for-money option over the OnePlus 8T. 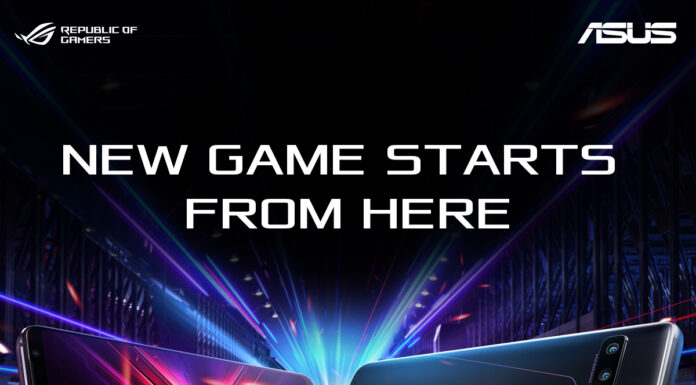