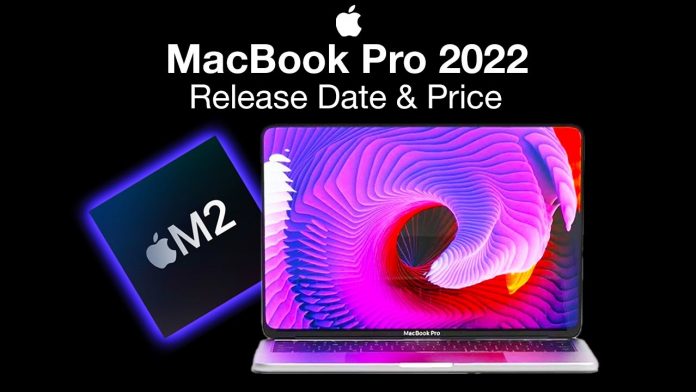 Apple M2 chipset is entering the final spurt of its transition phase from Intel Macs to computers with Apple’s own silicon chips in 2022. Which models we can expect to release date the end of 2022.

In June 2020, Apple announced the beginning of the end of its cooperation with Intel. In the future, all Macs and Macbooks will be powered by the self-developed ARM chips instead of Intel’s X86 processors.

The launch in November 2021 was the Macbook Air, the entry-level model of the Macbook Pro, and the Mac Mini, each of which was equipped with an M1 chip.

Then followed the iMac 24 with M1 in April 2021 and in October 2021 the Macbook Pros with high-performance M1 Pro and M1 Max processors. Most recently, at the beginning of March, the manufacturer presented the Mac Studio a mixture of Mac Mini and Mac Pro

the most powerful computer to date, which is powered by the M1 Ultra chip. The “Powerbar” is not a completely new processor, but two interconnected M1 Max chips. According to Apple, the M1 processor series is now complete.

Even though the development of the M1 chip family is complete, Apple has not yet completely changed its Mac portfolio. Around the end of 2022, Apple has given itself time to put the portfolio on its own chip feet.

With the redesigned Macbook Air and an update to the entry-level Macbook Pro, the manufacturer introduced its M2 chip generation, which is a slight performance upgrade to the M1. But this is only the start of the M2 portfolio.

the small desktop computer Mac Mini has been circulating for quite a while. Now there are indications that Apple could introduce the flat Mac in the course of the second half of 2022. According to Bloomberg reporter Mark Gurman, we can even count on two different variants.

If you believe Gurman’s insider information, there should be a model with an M2 chip on the one hand, and a version with a faster M2-Pro chip on the other. The latter should be aimed more at users with higher performance requirements and thus position themselves a little below the Mac Studio.

The developer Steve Troughton-Smith has discovered the first valid clues about the existence of a new Mac Mini in the firmware of the Apple Studio display as “Macmini10.1”. Even if the developer assumes the model with an M2 chip, the situation in this regard is not secured.

Updated versions of the top-of-the-range MacBook Pros are also expected this year. The new models are to be equipped with more powerful versions of the M2 chip and, like the current models, get the name suffixes Pro and Max. Further innovations are not expected, as they were extensively updated only last year.

However, there are indications that the architecture of the upcoming chips will differ from that of the first M2 and should allow a greater leap in performance. According to analyst Jeff Pu and the industry portal Digitimes, Apple will have its other M2 generation produced by the chip manufacturer TSMC in the three-nanometer process. The M1 processors and the first M2 chip are still based on a five-nanometer architecture.

Mac Pro: New high-end computer could appear at the end of 2022

The crowning glory of the transition to its own processor platform will be the Mac Pro, as Tim Cook announced at the March event. Until then, the Mac Studio is the current high-end device that easily outperforms the current Mac Pro with Intel chip in benchmarks in terms of performance.

How Apple proceeds with the successor to the modular Mac Pro, however, is still quite unclear. Because professional users are certainly hoping for a computer that can be updated on the user side in terms of memory and graphics cards, which is not possible with the previous Macs with in-house chips. Furthermore,

it is also questionable whether Apple relies on the successors of the M1 Pro and Max chips for the Mac Pro, or on two M1 Ultra processors. If Gurman is to be believed, Apple is working on an “M2 Extreme” chip with twice the performance of the M1 Ultra with too 40 CPU cores and 128 graphics cores.

If Apple waits with the release of the Mac Pro until the M2 Ultra generation or even an even more powerful version is ready, it could possibly take a while until the computer is presented.

The Mac Pro also couldn’t come alone. Apple has a successor to the Pro Display XDR in the making. The new model could have a 7K resolution instead of the 6K resolution and, like the 27-inch studio display, could be equipped with an iPhone chip. It is unclear whether the screen diagonal will remain at 32 inches or perhaps be increased to 36 inches.

Big high-end iMac is also coming at some point

According to display analyst Ross Young, a large iMac should be unveiled later in the spring. But since he primarily specializes in display suppliers, he could have confused the iMac with the 27-inch Mac Studio. Apple will probably not present a new iMac in the near future. Currently, Apple only offers the 24-inch model, all other iMacs with 27 inches have been taken out of the program with the introduction of the Mac Studio.

Nevertheless, Apple is likely to bring back its large all-in-one computer in time. According to Gurman, however, there may then only be one Pro model, which should be equipped with a 27-inch mini LED display. Like the current Macbook Pros, the all-in-one computer is said to support a dynamic 120-hertz refresh rate that the manufacturer originally introduced with the iPad Pros.

As far as the further equipment is concerned, Gurman wants to have learned that the all-in-one computer could partly resemble the equipment of the Macbook Pro and have 16 gigabytes of RAM and 512 gigabytes of SSD storage on board. As processors, Apple is likely to rely on the M2 Pro and Max chips expected for the Macbook Pro.

M2 use away from Macs and Macbooks

Not only in its Macs Apple now uses its processors of the M series. Since the iPad Pro of 2021 and the iPad Air of this year, these chips are also in the in-house tablets. This year, this trend is likely to continue in the Pro models with the M2 chips. The iPad Pros could get more than just a processor update this year, it says.

For example, the upcoming iPad Pro generation will receive a wireless charging function on the back. In order to realize the charging technology in the Pro tablets, Apple will switch from aluminum back to glass, according to the report, as the manufacturer uses it with the iPhones. According to the Bloomberg report, Apple is also testing a magnetic charging system similar to the Magsafe connector, which the manufacturer introduced with the iPhone 12 series.

only the Apple logo could serve as a Magsafe charging point and it should continue to be set on resistant aluminum for the back. It goes on to say that the next iPad Pros will support reverse wireless charging and could thus power iPhones and Airpods, for example. The new models are expected in autumn.

Apple will probably equip its first mixed reality headset with an M2 chip, as Gurman reports. According to Bloomberg, the powerful chip will be supported by 16 gigabytes of RAM and will stand out in terms of performance from Meta’s QUEST 2 VR headset, which is said to be equipped with Qualcomm’s Snapdragon XR2 chip and over six gigabytes of RAM.

M3 chips are already in development

According to further reports, Apple is already working on the third generation of the M-Chip family, not surprisingly. Some versions of the M3 model could consist of up to four chips, which, according to the portal The Information, allows CPU with up to 40 cores.

Apple’s current top chip M1 Ultra has 20 CPU cores. Thus, an “M3 Ultra”, or whatever Apple will call the chip, should bring another massive increase in performance while maintaining low power consumption. If the information from Bloomberg reporter Mark Gurman is to be believed, the first versions of the M3 could be introduced as early as 2023.

The M3 is planned to be used in an updated 13-inch Macbook Air, a 15-inch variant of the Air, as well as in a new iMac and a MacBook with 12 inches. Given that a revamped Macbook Air with M2 chip has just been announced, new versions of the Apple notebook are not expected to appear until mid-2023 at the earliest, with Apple taking a year and a half for product updates.

Based on Apple’s announcement at WWDC, this next-gen processor will be 18% faster than the M1.

Paired with this fast CPU is also a 35% more powerful graphics card. Memory bandwidth is also increased by 50% and up to 24GB of Unified Memory (RAM).

All of these upgrades were achieved by building the chip on TSMC’s second-generation 5nm process (N5P). With this move, Apple can cram 25% more transistors (20 billion) on the M2 compared to the M1.

Comparing the M1 and M2

Already, the M2 chip has a faster memory bandwidth and we imagine that with more transistors will be able to pack more than 20 cores.

To get this chip, Apple used its “UltraFusion” architecture to pair two M1 Max CPUs to work as one. So, maybe Apple will apply this same architecture with the M2.

Additionally, here’s some information about the M1 Ultra:

However, no third-party benchmarks managed to find a case where the Apple chip is actually 90% faster, but it’s an impressive chip nonetheless since it is comparable in performance to the i9 at just 60W.

The M1 Ultra also has a 64-core GPU which is quite a bit more than the M2 chip, but we expect that the future M2 equivalent of the Ultra will have more and faster cores.

Both of these come with a larger memory capacity, and more GPU and CPU cores. But, keep in mind that these older chips are considerably larger and draw more power. The Pro and Max M2 equivalents will definitely be faster in the future.

If the M2 processors are based on the 5NP architecture process, the same one used for the A15 Bionic chips in the iPhone 13, we can make some estimates about the performance.

So, if the A14 Bionic is on a 5nm process and the A15 is on an upgraded 5nm architecture with a performance difference of up to 20%, it’s possible that we’ll see a similar story between the M1 and M2 processors.

this benchmark from XDA-Developers:

Check out the pricing of the new M2 devices:

For comparison, here is the pricing of last-generation (M1) devices: 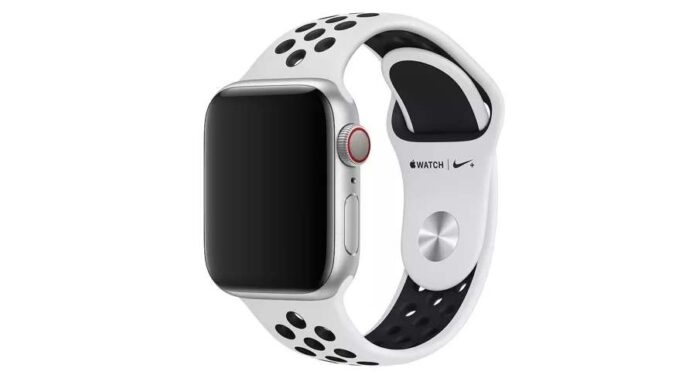