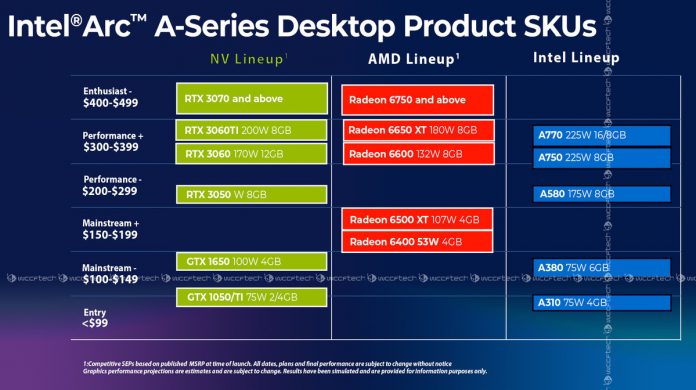 After Nvidia and AMD, Intel is also entering the playing field of graphics cards. The high-end segment now leaves Intel out of shot, according to the statement about the Arc A780.

Intel recently released its first graphics card for desktop computers, the Arc A380. This card is in the lower segment and must be able to compete with the GTX 1050 (Ti). However, rumors also pointed to the arrival of an Arc GPU that could compete with Nvidia’s high-end graphics cards, like the RTX 3080. Specifically, it would be the Intel Arc A780. Intel unexpectedly breaks the silence to end the rumor storm: the A780 never existed.

Ryan Shrout, responsible for marketing Intel’s GPU division, writes on Twitter that the Arc A780 does not exist, and “has never been on the schedule”. This makes the Intel Arc A770, a graphics card whose existence has been confirmed, the top model of the Alchemist series. For Intel, this means that it is only active in the midrange segment for the time being. On a leaked slide for Intel’s GPU series, the A770 is compared to the midrange RTX 3060 Ti.

On the slide published by Wccftech, we see five graphics cards, starting with Intel’s low-end model, the A310. Above that, we find Arc A380, A580, A750, and A770. According to the slide, the TDP goes up to a maximum of 225 watts on the A770 and A750, while the Arc 300 series in its current form has a TDP of up to 75 watts. In the 500 series, the maximum TDP is in between, with 175 watts. It is striking that Intel’s GPUs often have a higher TDP than AMD’s or Nvidia’s GPUs. This does not necessarily mean that they actually consume more power.

Intel does not seem to be able to sprint past AMD and Nvidia with the Arc performance for the time being. The processor giant seems to want to distinguish itself mainly from a price point of view. For an A770, Intel’s RTX 3060 Ti competitor, between 350 and 400 euros will have to be paid, while for Nvidia’s RTX card you pay at least 419 euros.

Finally, the A380 and A310, which go away for 125 euros and ‘less than 100 euros’ respectively. Only Nvidia’s GTX 1050 (Ti) is actually direct comparison material for this, while that card is already from 2016. However, it is still sold for more than 200 euros, so more than double the price. Whether the mentioned prices also turn out that way in practice is still unknown. Usually, manufacturers mention basic prices that are met by only a few manufacturers. If you want better cooling or other designs, this comes at an additional cost. 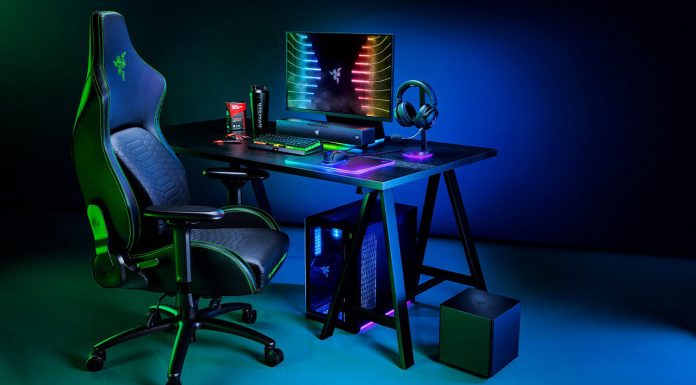