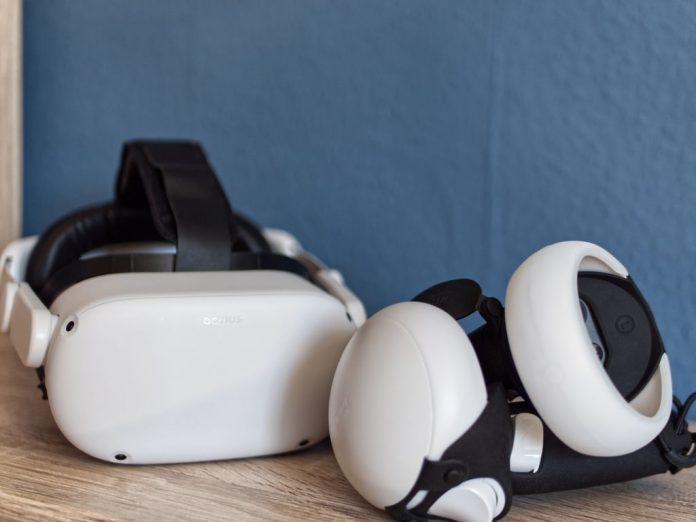 To help offset the increase in cost, Meta will give everyone who purchases a new Quest 2 after August 1 a free copy of the rhythm game Beat Saber through the end of 2022.

Meta announced the price changes in a blog post and said the increase will help the company invest in new research and product development within the VR industry. Quest 2 debuted in fall 2020 as the Oculus Quest 2 before Meta changed its name the following year.

Retailers like GameStop, Best Buy, Target, and Walmart are still honoring the current $299 starting price of the Quest 2, so now is the time to buy one if you’ve been on the fence. Meta is also still selling refurbished Quest 2 headsets for $249.

While no one is a fan of price increases, the Quest 2 will still be the most practical headset for new VR users to buy when the cost goes up in August. While there are competitors with more impressive specs, like the $749 Valve Index, they often require a powerful gaming PC, or they’re significantly more expensive, like the $1,300 Vive Focus 3.

Sony is planning to launch a new PlayStation VR headset within the next year, but you’ll need to connect it to a PlayStation 5 console for it to work, making a full setup more expensive than the Quest 2. The Quest 2 also has built-in sensors, removing the need for extra wires or external devices to play.

Another key factor in Quest 2’s favor is game selection. The Quest 2 has exclusive VR games and interactive experiences like Resident Evil 4 VR and Vader Immortal, which aren’t playable on competing headsets. New VR users will also have an easy time using the Quest’s store to find new apps they’re interested in.

The $100 increase is disappointing, but if you’re looking to dip your toes into VR, the Quest 2 remains the best headset in its price range.

Virtual reality is more widespread today than ever. It is logical that there are now also a large number of third-party providers for accessories and extensions in the VR sector. Some time ago I had taken a closer look at the official Meta Quest 2 Elite Strap to find out if it could still be a valid option. It certainly is; however, there are now good and above all inexpensive alternatives.

But not only the headband of the Quest 2 wants to be either replaced or expanded, but also the controllers should be better in the hand. Proverbial more grip is of fundamental use, especially in intense, more sporty VR titles such as Beat Saber and Gorilla Tag. Quite a few posts on Reddit and Co have shown in recent years how quickly a quest controller lands in the TV, window, or face of the brother, if at least not properly attached to the wrist.

The manufacturer Kiwi design therefore provided us with a handful of useful extensions for Meta’s Quest 2 VR headset for testing – to show that it is not always necessary to search for a long time or even dig deep into your pocket to have an acceptable and, above all, more comfortable VR experience.

Anyone who has ever set the meta Quest 2 to it knows immediately why the standard headband is always replaced first. It is uncomfortable and unstable and the entire weight of the VR glasses lies on the face or nose and cheekbones of the user. Especially for sessions that are supposed to go a little longer, an almost unbearable undertaking.

In addition to the official Oculus Quest 2 Elite Head Strap, which we dedicated some time ago, there are umpteen solutions from various third-party providers. This is also the case with the Elite Strap from the KIWI design. It also uses the classic functionality, similar to the aforementioned alternative, and even delivers slightly better comfort at a significantly lower price.

The KIWI design Quest 2 Elite Strap (around 45 dollars) also offers a strap that runs in the middle of the head from the glasses to the back of the scaffolding; however, this is softly padded and slightly longer. The situation is similar with the stability ring at the back of the head: Visually, the whole thing is similar to the official Elite Strap but has also been sensibly expanded here. It is padded and a tick wider.

The KIWI Strap is just as easy to attach to the meta Quest 2: Simply attach it to the two rails on the left and right and guide the belt of the head strap through the central loop. On the knob on the back, the brevity or tightness of the head strap can be adjusted – but the official Elite Head Strap scores a bit in terms of feel.

Directly from the box, the accessory, unfortunately, looks quite cheaply processed. Everything – apart from the upholstery – is made of plain plastic. No high-quality grain or even a colored finish; simply the Head Strap in classic “Quest 2 White”. In fact, unfortunately, this is not even exactly the same color, but a color nuance lighter. Does not help with the optical value, but is also quickly passé when the VR glasses are on.

Since this is not the popular halo construction method, that some other manufacturers such as BoboVR like to use, you have to be aware of the low added comfort value. The weight is minimally redistributed because of the padding and the stabilization ring at the back of the head – but is still mainly on the cheekbones and provides – especially on longer excursions into virtual reality – for the well-known and equally unpleasant imprints on the face.

However, this is not the goal of the product: The KIWI design Elite Strap builds the bridge between the Vanilla Quest 2 and the official Elite Strap. Functionality and comfort of the first-party accessory, packed at a much more manageable price. It is also a fact that in very motion-intensive VR experiences, the classic design simply works better for many, as it offers significantly higher stability than halo mounts. The latter can be worn much more comfortably over a longer period of time, but then like to slide around on your head.
What KIWI design wants to achieve with the Elite Strap makes the add-on very good and at a good price. Both construction and quality do not tear out trees, but do they have to?

How many grips I have already tested in recent years for a wide variety of VR headsets, I can hardly enumerate; two hands are not enough. Either the material was inferior, the design as such was not well thought out or the hold – which was supposed to be decisive for the product itself – could not meet the many promises of the manufacturers… well – hold. In the end, I was all the more pleased when I was allowed to try out the KIWI design Quest 2 Controller Grips (for 42 dollars).

Now the downer of my KIWI design Quest 2 Accessory Review series: I have always viewed fitness weights with suspicion. On the one hand, I love Beat Saber, for example, but never get warm with local VR fitness titles like some FitXR or OhShape. I admit that I may just be too comfortable – but as a reviewer, this disclaimer should be noted. Because: From KIWI design there are controller weights (around 35 dollars), which were also provided for a review.

These come in a round shape and are initially in their own pockets. They are mounted in the sensor rings of the Quest 2 controllers and have the possibility to put up to 150g of additional weight on the controllers. The weights are attached with a large flat plastic knob, which incidentally also represented the biggest obstacle for me. When closed, the knob stops “spatially” exactly where the thumb moves during the vertical use of the analog stick. As a result, you regularly bump into the weights with the thumb tip, which is simply uncomfortable. Of course, I have to admit that it may well be that the sticks are never used at OhShape and Co anyway – but that still bothered me.

Alternatively, I had tried to give weight only to the right controller to simulate a heavy pistol for Pistol Whip. This usually works quite well, but here too unpleasant stress symptoms occur quite quickly – this time in the wrist itself. I guess that the weights for pure fitness activities are a great upgrade, even if you can look at it with skepticism about how healthy the whole thing is in the long run; especially for the wrists. 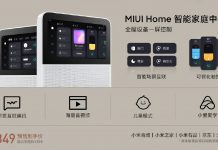