I’ve been thinking difficult about the notch over the closing few days, the information that the iPhone 14 would possibly get the old ‘pill and punch’ design.

I do not mean the notion that the new iPhone will put off the notch altogether – we’ve got heard that rumor for a few years now, ever in view that it regarded on the iPhone X in 2017 – however that Apple would possibly go for the ‘pill and punch’ design instead.

I wrote something about this yesterday, however, I’ve been ruminating on it since – and I’ve had every other concept on why it is going to stick around, despite trying to assume about what should cause Apple to drop the notch altogether.

There are just so many reasons why losing the little cutout at the top makes little sense for Apple… not least because it needs a place to house all the sensors and cameras that allow for its Face ID to function.

Don’t misunderstand what I’m trying to say though: I desperately want to see the notch, and every little thing that interferes with a smooth screen, to be gone from all smartphones. It’s a necessary evil, sure, but I cannot wait for the year when having any kind of notch or hole in the screen of any phone launched is really weird.

But I just can’t see it happening in 2022. Perhaps I’ll be wrong. Maybe the iPhone 14 and 14 Pro will come with the notch and the iPhone 14 Max will have something different. Maybe Apple will tear up its own design rule book.

But having covered every iPhone launch since the 3G, we’ve rarely seen anything massively change in this way – the notch, surely, is staying.

Apple doesn’t do anything it doesn’t have to. When talking about the very early days of the iPhone, it didn’t allow you to copy and paste things between apps. It didn’t have a good camera for years.

Only with the iPhone 13 series did it finally offer decent battery life – sure, that likely was a by-product of needing more power to allow for the 5G connectivity, but I was shocked, when I tested the battery life, that Apple hadn’t made a huge song and dance about this big increase to battery life in the iPhone 13 launch.

The notch homes a few key matters for the iPhone: a variety of sensors, the IR emitter that lets in Face ID to function, and the front-facing camera.

These are better sensors than you discover in most Android phones due to the fact Face ID wishes them – they have to have a home in the chassis somewhere, so when making the iPhone X this used to be the best compromise Apple may want to come up with.

So something that replaces the notch needs to achieve equal functionality, and I’m no longer seeing technology on different phones that should do so right now.

This is a key one – the iPhone isn’t going to bring back the home button, as it’s keeping that exclusively for the iPhone SE range (and there are strong, strong rumors that the iPhone SE 3 will keep that design).

So the only option would be to get rid of the sensors needed to enabled Face ID – use the front-facing camera? Less accurate, less secure. Not going to happen.

Therefore the only option is to add in an under-display fingerprint scanner. Now, this one has legs as an idea: Apple could do it well. It’s a technology that’s flickering on the edge of viability, as brands like Samsung have implemented it pretty well on things like the S22 Ultra – but is still prone to weird execution, as this piece on the Pixel’s in-screen scanner sadly shows.

Apple could definitely drop Face ID in favor of the tech if it upgraded its capability (and I’m sure we’ll see it as an option in the near future), but it would require the camera to disappear to a smaller level to totally shed the notch – and, as we’re about to see, that’s so unlikely.

Of course, the true ‘all display’ iPhone is the goal here. Something that doesn’t have anything getting in the way of the screen at all, where the sensors are there but hidden somehow.

That could only, realistically, be achieved in one of two ways: either move the earpiece and put the sensors in the frame, or put them under the display.

Sure, we’ve seen multiple Android phones trying the same thing, and they’re getting pretty good – the ZTE Axon 30, for instance, does a pretty good job of selfie images without a visible front-facing camera.

But ‘pretty good’ won’t wash for Apple, which is hell-bent on talking up its camera prowess at every given point. Having a camera under the screen is also, by nature, covering the sensors slightly, which means that Face ID will likely be slower and/or less accurate.

The only way this will work is when screen tech evolves to let enough light in that Apple’s image processing can do its thing, and the IR sensors for security can be miniaturized enough to sit in the frame. but we’re not there yet.

The notch is iconic, and people don’t really mind it

The truth is that, while the notch isn’t the ideal solution, Apple has embraced it and users aren’t that bothered. Reports of the iPhone 13 being a record-breaking model – hitting around 40 million sales – suggest that there’s not really an issue with the notch in the eyes of those considering which iPhone to buy.

That’s not to say that people like it, as it’s still something ugly and in the way, but a discussion over on the r/apple forum on Reddit, when discussing if the notch should stay or go, goes some way to explaining the sentiment:

People just don’t see it anymore. Another thread commenter breaks it down in an even easier way:

Apple tried to make the notch part of the design the best they could. they’ve exploited this “design anomaly” for their branding, it has a very singular “icon” translation. it’s not necessary sic ugly or aberrant.

“But. It’s not a feature in any way.  It’s a design compromise”

As referenced here, Apple has leaned into the notch. It’s taken it from eyesore to emblem.

It’s made the notch the icon for the phone, rather than pretending it’s not there. People see a smartphone logo with a cutout, and they instantly see an iPhone.

Apple has gone so far with the notion, that it’s able to put it in the MacBook Pro last year and it seems to sort of make sense, even though it clearly doesn’t when compared to multiple rivals not resorting to the same thing.

So. it seems likely that we’ll still see the notch on the iPhone 14. I can’t see a way that Apple drops it.

But, then again, I couldn’t believe that the brand would have lost the headphone jack in the iPhone 7, even though people wanted it then and still want it. I’m sitting opposite someone with the Lightning headphone jack adaptor in, and yet Apple has been unyielding in its shoulder-shrug attitude to the cries to bring it back.

So perhaps I’ll be sitting here, writing another piece of analysis in September, talking about how Apple has found a way to stack the pill and punch design in the middle of the screen in an ‘elegant’ way. Advertisement

Or that it’s completely scrapped the notch and spent a fraction of its massive R&D budget on figuring out how.

Or maybe the notch will just be 7% smaller, a tiny bit taller and that’ll be enough for another year to encourage iPhone sales and upgrades.

And if you don’t care, maybe it’s time to bite the bullet and go for the iPhone 13. We’re still far enough away from the iPhone 14 launch that you’ll get a decent deal, and it’s too long to wait until August to get the best prices – take a look at the latest prices and see what you think. 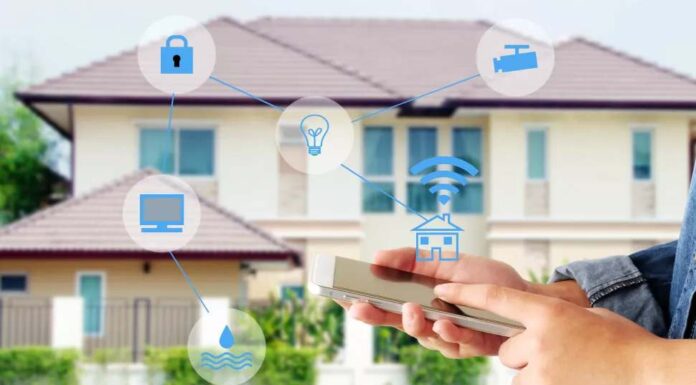